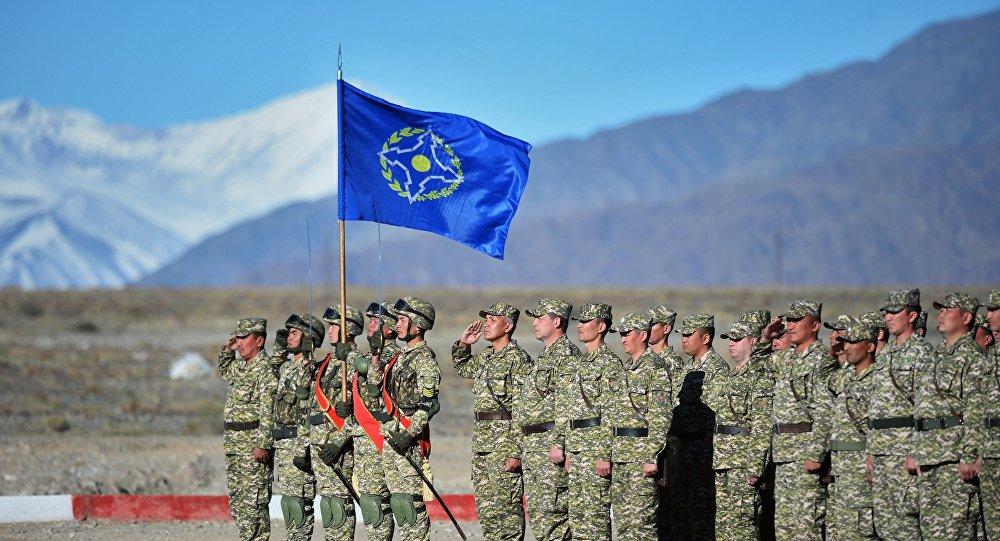 In an interview, last month (August 16) with the media outlet Azeri Daily, Azerbaijani member of parliament and the head of the Azerbaijan-Russia inter-parliamentary group, Ali Huseynli, suggested that considering the changed geopolitical conditions in the South Caucasus, “it would be possible [he later also used the word ‘advisable’] to consider Azerbaijan’s participation in the CSTO [Collective Security Treaty Organization]” (Azeri Daily, August 16). His sensational statement triggered a heated public discussion domestically and abroad about Azerbaijan potentially joining the Russian-led military bloc.

Reportedly, in the aftermath of the most recent Caspian littoral countries’ summit, held in Kazakhstan, on August 12, Moscow extended the prospect of joining the CSTO to Baku (Carnegie.ru, August 28, 2018). But in the meantime, Armenia—a CSTO member with a new post-revolutionary government since May—has been, intentionally or not, disrupting the organization from the inside. The ongoing anti-corruption agenda in Yerevan and arrests of corrupt Armenian military elite connected to the previous regime, including the sitting CSTO Secretary General Yuriy Khachaturov, have raised eyebrows in the Kremlin and put Armenia’s reputation as a predictable, compliant ally somewhat in question. Though, the spokesperson for the Armenian Ministry of Foreign Affairs, Tigran Balayan, has emphasized that “the arrest of the CSTO chief [who is an Armenian citizen] is a purely internal process, and Armenia is loyal to its responsibilities to increase the power of the CSTO” (1in.am, July 28).

Russia has long been seeking Azerbaijan’s involvement in both the CSTO and the (also Moscow-dominated) Eurasian Economic Union due to the latter country’s geostrategic position and economic potential. As a recent article published by the pro-Kremlin disinformation outlet, the Strategic Culture Foundation, triumphantly notes, were Baku to join, almost 70 percent of the South Caucasus region would fall within the domain of the CSTO (Strategic-culture.org, August 28). By admitting Azerbaijan, the military bloc would obtain a common border with Iran and secure easier access to the Indian Ocean (presumably via Azerbaijan–Iran overland links). At the same time, membership would provide Azerbaijan with access to weapons systems from Russia and Belarus at a considerable discount or even at domestic prices—one of the main benefits Armenia derives from staying in the CSTO. Moreover, membership would bring Azerbaijan closer to Russia and, presumably, enhance cooperation in the Caspian Sea following the recent signing of the convention on the legal status of this body of water by all five Caspian littoral states.

Nevertheless, joining the Russia-led military alliance could undermine Baku’s relations with the West and complicate its multi-billion-dollar trans-regional energy and pipeline projects. For more than two decades, Baku has cultivated solid and balanced relations with Iran and Russia on the one hand, and the West on the other. Hence, it is unlikely that Azerbaijan, with its neutral and balanced foreign policy agenda (see EDM, May 8), will seek membership in the CSTO for the foreseeable future. Particularly since its long-running conflict with Armenia over Karabakh has not been settled yet, Azerbaijan can be expected to keep diversifying its military partnerships with other international actors, including NATO. Notably, In 2017, Baku and the North Atlantic Alliance approved an updated Individual Partnership Action Plan aimed at upgrading the capabilities of the Azerbaijani Armed Forces until 2019 (Mod.gov.az, accessed September 10).

Armenia’s official reaction to rumors of Azerbaijan considering CSTO membership has been predictably impassioned. “In case of consideration of the issue of Azerbaijan’s membership in the CSTO and the EEU, Armenia will use its veto,” Armenian foreign ministry press secretary Anna Naghdalyan declared during a recent press briefing (Asbarez, August 28). Yerevan’s position should not come as a surprise, since—in addition to its bilateral alliance with Russia—it considers the CSTO a strategic shield in case of a new armed conflict with Baku (see EDM, April 4). The latter’s entry into the military bloc could seriously undermine Armenia’s own role within the organization as well as the alliance’s value for Yerevan’s defense. And in contrast, the close strategic partnership Azerbaijan has been developing with CSTO members Belarus and Kazakhstan would increase Baku’s influence within the organization (see EDM, February 15, 2017, December 12, 2017).

The emergence of public discussions in the Azerbaijani mass media regarding the possibility of CSTO membership should not be construed to signify a tangible policy change. And certainly, Baku has not publicly announced any concrete targets for when or even if it might join. Rather, the debate on membership may have been intended as a cautionary signal to Armenia, and probably for the West. Since membership in the CSTO could reduce or limit Azerbaijan’s scope of maneuver in the international arena, Baku is unlikely to genuinely pursue it for the time being.