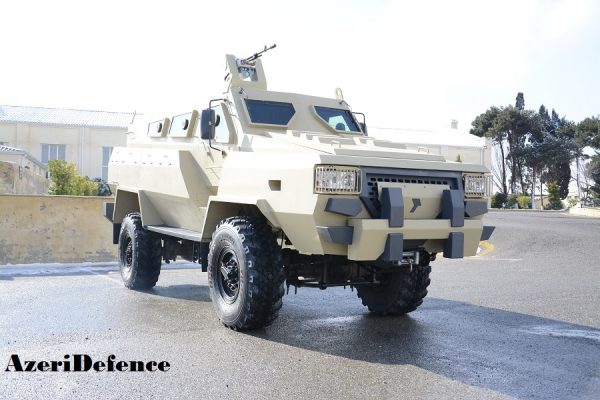 The Minister of Defense Industry of Azerbaijan Yavar Jamalov held a press conference, on December 17, to discuss the outcomes of 2017 for the country’s defense industry sector. The minister pointed out that this past year, two additional military-production factories were built in Azerbaijan. Thus, the total number of defense-manufacturing facilities in the country is now 58 (Trend, December 17, 2017). Moreover, these new factories were fully equipped with modern machinery developed by leading Western defense contractors. The Ministry of Defense Industry plans to launch two more new factories, which will be able to produce four kinds of modern artillery shells, mortars, and armor for military vehicles. Moreover, new military labs will be developed to produce blasting powder, trinitrotoluene (TNT) and hexogen (RDX) chemical compounds (Azerbaijan-news.az, December 17, 2017).

Since its establishment, the Ministry of Defense Industry of Azerbaijan has sought to eliminate the country’s military dependence on foreign suppliers and to further develop its mass-production capabilities in the defense sector. Due to the unresolved conflict with its arch-rival Armenia over the Karabakh region, Azerbaijan has significantly raised military expenditures since the beginning of the 2000s (Tradingeconomics.com, accessed January 8). However, anemic energy-export revenues in recent years had forced the government to cut back its defense budget. So the current recovery in the global oil and natural gas price have allowed Baku to somewhat increase its annual military budget for 2018, in particular to boost the domestic defense industry.

Azerbaijan considers the financial boost to the defense industry especially vital, particularly in the aftermath of the tense situation along the Line of Contact (LoC) in the Karabakh region, following the four-day war in April of 2016 (see EDM, April 6, 2016; May 5, 2016; May 11, 2016). Azerbaijan’s active usage of domestically produced weaponry during the April conflict further prompted Baku to increase local production and more heavily rely on it. Thus, Yavar Jamalov confirmed that Azerbaijan has launched preliminary tests of domestic unmanned aerial vehicles (UAV) capable of striking human targets and enemy’s military equipment. The Ministry is currently concentrating its efforts on developing the Zarba-1K, a local derivative of the Israeli-produced Aeronautics Orbiter 1K. “Moreover, negotiations on the creation of electropulse [sic] weapons are being conducted with a number of countries,” he said (CBC, December 18, 2017). The production of various unmanned drones, armor for vehicles, machine guns, and sniper rifles is mostly being carried out by Azerbaijan’s “Alov,” “Agregat” and “AZAD” military factories.

The Ministry of Defense Industry is readying to complete and present 17 new, next-generation domestically produced weapons, some of which will be developed jointly with the Azerbaijani National Aerospace Agency. The priority in 2018 will be given to the production of the new “Tufan” (Storm) armored military vehicle—the first fully domestically produced vehicle, featuring a stabilized remote-controlled weapons system (RWS), and equipped with a 12.7-millimeter NVS machine gun, a 40-millimeter QP-25 grenade-launcher, a 107-millimeter Multiple Launch Rocket System (MLRS), and a domestically produced long-range missile system (Milli.az, December 17, 2017). Mass production of the Tufan will start in 2018. The vehicle will come in four varieties: medical evacuation, air-defense/ anti-armor, anti-riot and a basic armored personnel carrier (APC). Azerbaijan is also developing a version that will be available for export.

As the military budget gradually grows this year, the national defense industry is expected to undergo further expansion in 2018, which means that the country’s military exports will likely also grow. According to Defense Industry Minister Jamalov, Azerbaijan currently exports weapons to more than ten foreign countries. In 2016, the Azerbaijani Ministry of Defense Industry increased the volume of defense-industry production by 1.6 times, compared to 2015, while the product assortment rose by 1.8 times (Qafqazinfo.az, December 17, 2017). In this regard, Azerbaijan strives to increase military exports, while decreasing imports of weaponry from other countries. While much of Azerbaijan’s military production must be attributed to joint ventures—especially with Israeli (see EDM, September 25, 2017), Turkish (see EDM, October 26, 2017) and South-African companies—31 domestic production sites currently produce entirely homegrown technology (Trend, July 11, 2017).

In light of ongoing violence and tensions with Armenia over Karabakh, and repeated failure to reach a diplomatic solution to the conflict, Azerbaijan is prioritizing efforts to boost its defense industry in 2018. And as its domestic military manufacturers continue to be ever more innovative and self-sufficient, Baku will seek to carve out an increasingly larger share of the global arms market.