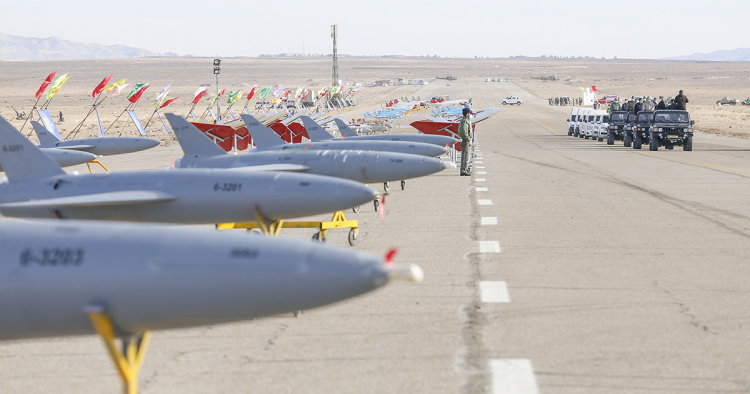 The recent war of words between Azerbaijan and Armenia, and the developments of the last several weeks, have demonstrated that both sides are far from inking a peace deal, which was promised by the end of 2022. Although both states vowed to intensify joint efforts on the final peace treaty in October 2022 on the sidelines of the Prague summit, little has been done since. On the contrary, the failure to hold peace negotiations has been magnified by Russian President Vladimir Putin’s controversial statements regarding Moscow’s non-recognition of Azerbaijan’s sovereignty over Karabakh, which have immensely increased the risks of renewed hostilities between Baku and Yerevan (JAM-news, October 28). Although Russia maintains the role of “key mediator” on the Karabakh issue, Azerbaijan now openly demonstrates its discontent over Moscow’s role in the peace process, particularly after the merely symbolic meeting in Sochi on October 3 (Apa.az, November 28).

However, Russia is only one of a number of regional states that have complicated peace negotiations between Baku and Yerevan. Recently, Iran, another powerful regional actor, has attempted to discourage Armenia from moving forward with peace negotiations amid Iran’s deteriorating relationship with Azerbaijan. The diplomatic tensions between Baku and Tehran mounted sharply when Iran staged massive war games along its shared border with Azerbaijan as a reaction to Baku’s efforts to establish the Zangezur transit corridor passing through the Nakhchivan exclave via Armenia’s Syunik Province linking to Turkey. Iran has been further bristled by Azerbaijan’s deepening engagement with Israel on defence and security issues (Gulf International Forum, November 17).

Nevertheless, Tehran’s attempts to intimidate Baku into abandoning the Zangezur Corridor and halting its partnership with Tel Aviv has backfired, as Azerbaijan further deepened the relationship by announcing the establishment of an embassy in Israel (see EDM, November 30). Iran is conducting these coercive tactics with Azerbaijan as the results of a possible peace treaty with Armenia could greatly undermine Tehran’s leverage in the region and pave the way for greater expansion of Turkish influence. Moreover, it is in Iran’s interest to keep tensions between Armenia and Azerbaijan alive to limit Baku’s ability to maneuver, albeit that approach has been unsuccessful as of late (see EDM, December 13).

Hence, Tehran’s pressure on Yerevan has made it difficult for Armenian Prime Minister Nikol Pashinyan to follow the commitments made on November 10 to hold a constructive dialogue with Azerbaijan. On the contrary, recent media reports claim that Iran might supply Armenia with indigenously built combat drones and loitering munitions, enabling Armenian forces to pose a crude deterrent against rival states, primarily Azerbaijan (News.am, November 25). Indeed, Tehran is looking to expand its arms sales throughout Eurasia and has sought to enter the Armenian defense market, pitching itself as a potential deterrent against growing Azerbaijani-Turkish alignment. According to Major-General Yahia Rahim Safavi, a former aide to Iranian Supreme Leader Ali Khamenei and a commander of the country’s Islamic Revolutionary Guard Corps, more than 10 countries have approached Iran to purchase the newly developed combat drones this year alone, including Algeria, Armenia and Russia (Inews.co.uk, November 12).

Although not many details are publicly available regarding Iran’s offer to Armenia, Tehran would likely supply Yerevan with Shaheed-136 loitering munitions. In recent weeks, Russia has been utilizing these drones against civilian and miliary targets within Ukraine (see Terrorism Monitor, November 4). Moreover, Armenia may have had a chance to observe Iranian drones’ capabilities during a joint drone competition between Russia, Belarus, Armenia and Iran in August 2022, dubbed “Falcon Hunting” (Al Jazeera, August 15). Tehran’s offer of military assistance to Yerevan further solidified following Iran’s inauguration of a new consulate in Kapan of Armenia’s Syunik Province, which is near Azerbaijan’s Nakhchivan exclave. Undoubtedly, Iran’s attempts to instigate tensions between Baku-Yerevan are aimed at disrupting the deepening Azerbaijan-Turkey tandem in Iran’s neighborhood. The prolonged peace process would enable Iran to exert greater control over its border area with Armenia (Eurasianet, November 9).

Moreover, as part of this policy, Iran seeks the support of Russia in exerting more pressure on Azerbaijan, though Moscow is unlikely to heed Tehran’s urgings given its vocal partnership with Ankara and the mounting tensions between Baku and Yerevan over Karabakh. On December 5, Russian Foreign Minister Sergei Lavrov met his Azerbaijani counterpart in Moscow and praised the bilateral strategic partnership between the two countries, emphasizing that a peace deal based on the Almaty Declaration (1991) will be signed between Azerbaijan and Armenia (Caliber.az, December 5). Hence, it is safe to say that, comparatively, Russia is more eager to ensure stability in the South Caucasus while it wages its war against Ukraine—whereas Iran clearly hopes to sabotage the process.

However, for the moment, Iran’s ambitions to disrupt the current course of events in the South Caucasus apparently exceed its real capabilities amid deteriorating internal stability and a stagnating economy. Therefore, Tehran’s pressure on Yerevan to put peace talks with Baku on hold could yield little success and have devastating consequences for the region as a whole (Azerbaycan24.com, October 26).