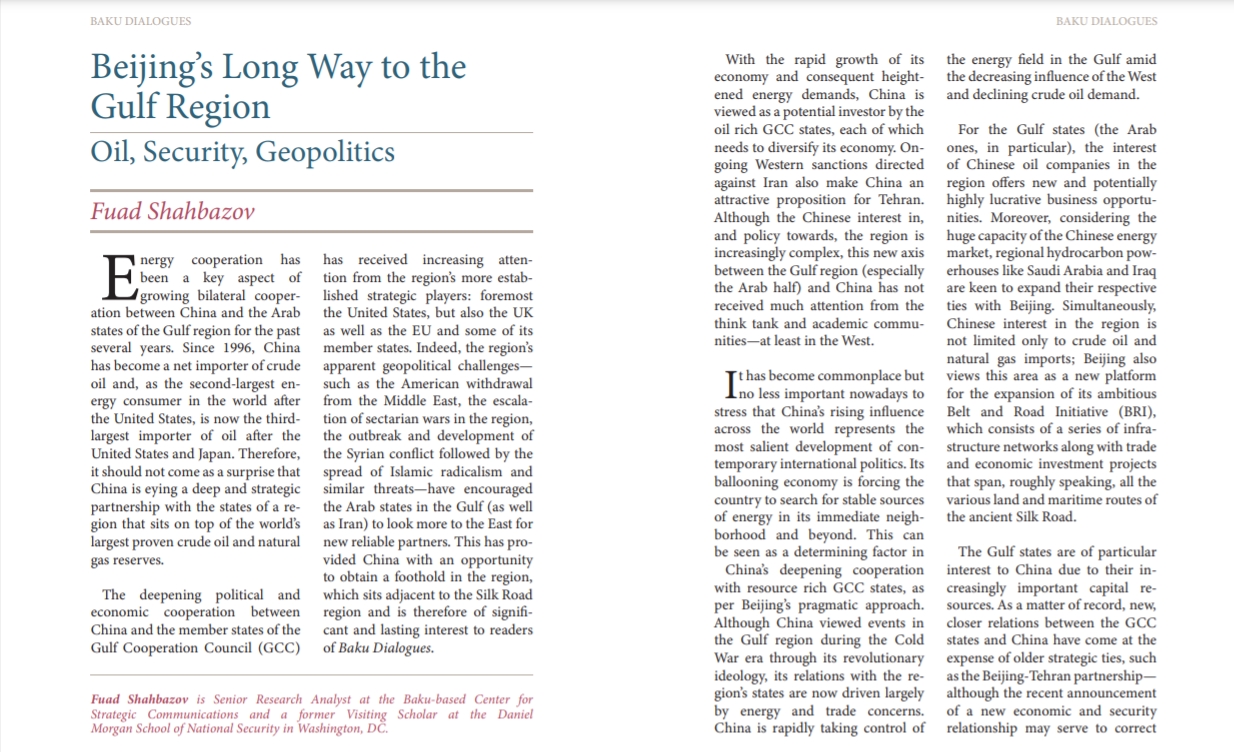 The deepening political and economic cooperation between China and the member states of the Gulf Cooperation Council (GCC) has received increasing atten­tion from the region’s more estab­lished strategic players: foremost the United States, but also the UK as well as the EU and some of its member states. Indeed, the region’s apparent geopolitical challenges— such as the American withdrawal from the Middle East, the escalation of sectarian wars in the region, the outbreak and development of the Syrian conflict followed by the spread of Islamic radicalism and similar threats—have encouraged the Arab states in the Gulf (as well as Iran) to look more to the East for new reliable partners. This has pro­vided China with an opportunity to obtain a foothold in the region, which sits adjacent to the Silk Road region and is therefore of signifi­cant and lasting interest to readers of Baku Dialogues. END_OF_DOCUMENT_TOKEN_TO_BE_REPLACED