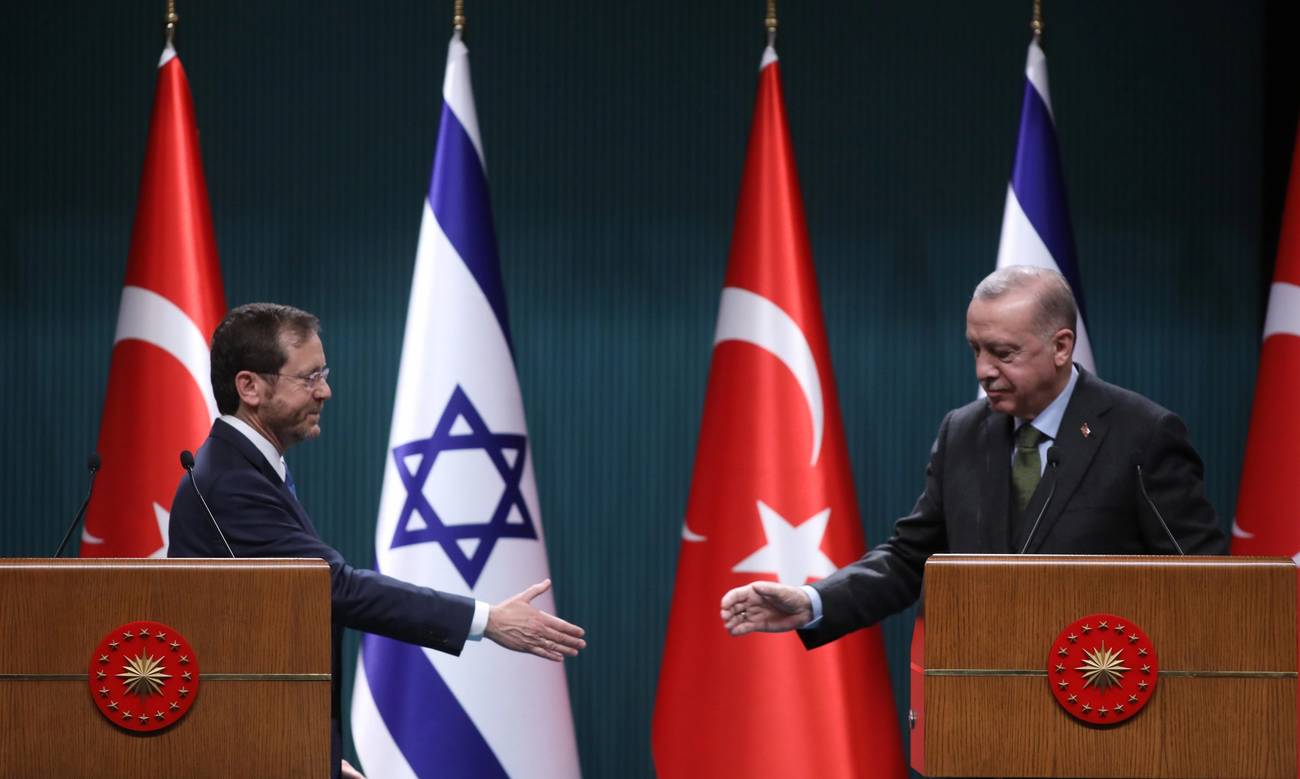 The rapprochement of the two countries came at an uneasy time given the escalating strains between Iran and Israel, the renewed hostilities between the Houthis and the Saudi-UAE-led coalition in Yemen, and the deepening economic crisis in Turkey.

The foundation for the reconciliation between Ankara and Abu Dhabi was laid by UAE’s National Security Advisor Tahnoun bin Zayed al-Nahyan’s visit to Ankara in August 2021, followed by another visit to Turkey from Abu Dhabi Crown Prince Mohammed bin Zayed al-Nahyan – the de facto ruler of the UAE – in November 2021.

The culmination of the renewed dialogue was undeniably the UAE’s decision to set up a US$10 billion fund to target critically important investments in Turkey.

While the warming Abu Dhabi-Ankara relationship opened a new page in regional cooperation, its timing generated intense debates on all sides on whether this move is a logical continuation of the UAE-Israel and the Israel-Turkey rapprochement. Indeed, during his visit to the UAE, President Erdogan also announced that Israeli President Isaac Herzog planned to visit Turkey in March 2022. That landmark trip took place on March 9 and 10.

Interestingly, prior to strengthening ties with Israel, Erdogan harshly criticized the UAE’s normalization with Israel and even threatened to sever diplomatic ties with Abu Dhabi. But relations have rapidly changed with the gradual decline of Turkey’s influence over the Gulf region, particularly after the collapse of the Muslim Brotherhood movement in the Arab world. As a result, Turkey has found itself somehow isolated in the region. Its domestic inflation is at a staggering 48.7 percent, its national currency is weakening, and tensions continue to rise with the mounting political opposition to Erdogan’s rule.

However, the shifting regional balance of power and current rapprochement between the UAE and Turkey seem to translate into more than simple bilateral economic and security cooperation. In terms of security, the UAE and Turkey’s major concerns stem from the significant rise and proliferation of the Iranian-backed Shia militant groups in the Gulf region, along with the ongoing nuclear deal negotiations between Tehran and the world powers.

In light of the recent Houthi drone attacks on an oil tanker near Abu-Dhabi and several facilities near Dubai, these fears are increasingly relevant. On the other hand, the recent Houthi attacks on Abu Dhabi – which were likely endorsed by Iran – put the current Abu Dhabi-Tehran rapprochement under serious question.

In February, following the UAE incidents, Turkey’s Bashiqa military base near the city of Mosul in Iraq also came under attack. The assault was allegedly perpetrated by Iranian-linked militant groups, which raised added alarms in Ankara. Yet, the Turkish military base attack should not come as a surprise since very recently, Iranian-linked militants, such as Asaib Ahl-al Haq, issued several statements threatening Turkey and vowing to “punish Ankara for its destructive actions in Iraq.” The threat is linked to Turkey’s 2021 ground and air operations against alleged Kurdish militant groups, namely the Kurdistan Workers’ Party (PKK), in northern Iraq.

Apparently, the growing threats of radical Shiite ideology and Iranian proxy forces are the main motivations behind the UAE and Turkey’s reconciliation and Israel’s gradual inclusion in a new geopolitical axis. Amid such heightened concerns and geopolitical turmoil in the region, Turkey seems keener than ever to promote itself as a “potential security guarantor” and establish a new footprint in a volatile region.

Although the partnership with the UAE has not caused any controversy within Turkey, the steady rapprochement with Israel has drawn criticism from conservative Turkish groups due to Israel’s brutal policies against the Palestinians. Meanwhile, the Israeli media considers this picking of sides as a “litmus test” for how serious Ankara is about improving diplomatic relations with the Jewish state.

Indeed, the UAE forming a strong partnership with Israel and Turkey against the ever-present Iranian threat is seen as greatly beneficial in Ankara since both countries are able to offer “intelligence support” as a guarantee to its national security. However, close engagement of the Israeli and Turkish intelligence agencies with the Emirates will certainly alarm Tehran. At this stage, Iran is cautiously watching the rise of the UAE-Turkey-Israel axis, even as Tehran’s talks with Saudi Arabia and the UAE have failed to bear fruit due to the new escalation in the Yemeni conflict.

Undoubtedly, the Islamic Republic could face new challenges in the region with the UAE-Israel-Turkey partnership, along with Ankara’s willingness to increase energy and defense cooperation with the Gulf states by exporting its domestically produced weaponry, including drones. Ultimately, it is unlikely that such a regional geopolitical order would please Tehran, which might further escalate regional tensions.

This article was originally published by Inside Arabia