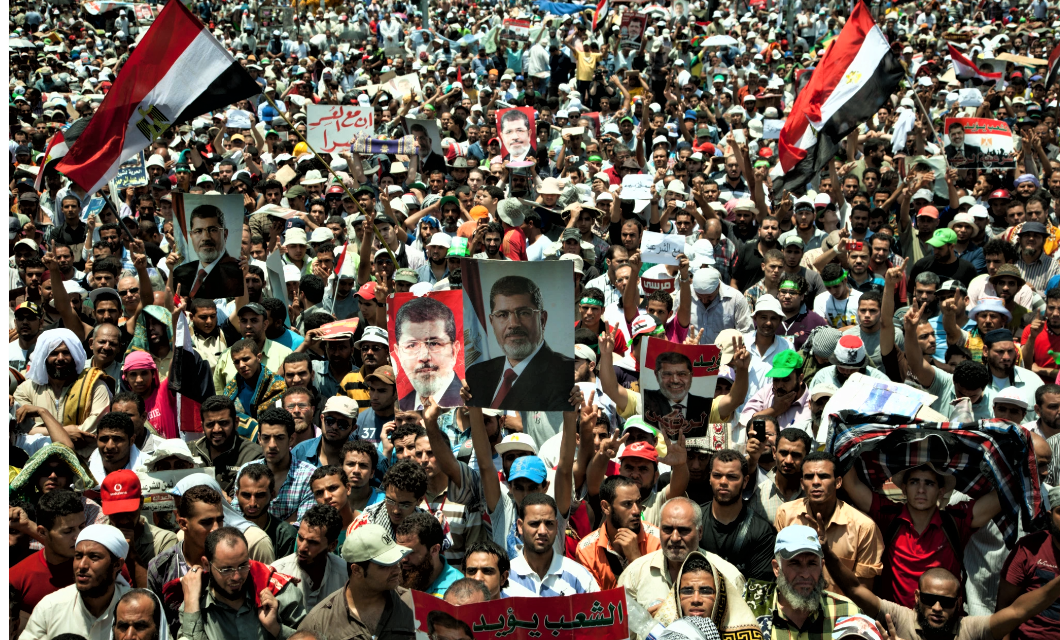 A decision by US President Trump to designate the Muslim Brotherhood, a popular and moderate Islamist organization, as a “terrorist organization” would result in sanctions being imposed on those who are linked with the group. While the Muslim Brotherhood itself does not meet the legal definition of a terrorist group, such a critical decision could have negative repercussions in several allied countries where the Brotherhood has huge support and political power. The Trump administration said on April 30 that the US government is working to designate Egypt’s Muslim Brotherhood movement as a foreign “terrorist” organization. In an unusual move, the President apparently consulted with his national security team before making a final decision, according to the statement issued by the White House.

The president’s surprise statement followed on the heels of the recent visit of Egypt’s President Abdel Fattah Al-Sisi to Washington D.C, during which he urged President Trump to take measures against the Brotherhood organization. While President Trump praised his Egyptian counterpart as a “great president and strategic ally,” a bipartisan group of lawmakers raised concerns about the latter’s record on a number of issues including human rights, new legislation to keep al-Sisi in office until 2030, and Egypt’s planned Russian arms purchases.

A decision to designate the Muslim Brotherhood as a terrorist organization is likely to affect mosques, as well as Brotherhood-affiliated organizations in the US. Islamophobic groups within the US may well press for FBI investigations into every mosque, hospital, or charity organization, which allegedly has ties to the group.

The Muslim Brotherhood organization was founded in 1928 in Egypt and is one of the oldest and most influential Islamic organizations in the world. Although the organization has been legally banned in Egypt since almost the beginning of its establishment, it has gained influence through establishing networks and branches across the Middle East.

The Brotherhood garnered momentum after the Arab Spring in 2011 that brought it legitimacy and power in Egypt. However, when the military ousted the first democratically elected President Mohammad Morsi—the Brotherhood candidate—and put him under house arrest in 2013, the subsequent government banned the organization following a violent crackdown.

Internal violence and repression forced the organization to seek new influential allies in the region leading to an alliance with another prominent regional player – Shi’a Iran. Despite being on opposite sides of the Sunni-Shia divide, Iran and the Brotherhood share common enemies and concerns such as pressure from the U.S and a Saudi–led bloc consisting of the United Arab Emirates, Bahrain, Kuwait, and Egypt.

Iran faced the same problem on April 8, when the Trump administration under the guise of “fighting international terrorism” designated Iran’s elite Revolutionary Guards as a foreign terrorist organization. Undoubtedly, the Trump administration’s recent actions have led to an Iran–Brotherhood rapprochement in the Middle East. This was the first time the United States had interpreted its counterterrorism laws to include an entity of a nation-state government as terrorists.

In fact, Iran became one of the first regional countries to publicly condemn a decision by the US to designate the Brotherhood as a terrorist organization.  Such a designation will also complicate US relations with countries such as Morocco, Tunisia, Jordan, Sudan, Qatar, and NATO-member Turkey. Several well-known political parties in these countries consider themselves to be part of the Muslim Brotherhood or closely linked to it. Many Islamist parties with Brotherhood roots serve in parliaments and governments of these countries.

In the case of Turkey, for example, President Recep Tayyip Erdogan has always been a staunch supporter of the Brotherhood, particularly the Morsi government. A hard headed foreign policy against Turkey and Iran, will likely strengthen their desire to dislodge the US from the Middle East leading to closer cooperation of Turkey, Iran, and the Brotherhood.

Beside regional threats and concerns, Iran and the Brotherhood also share a similar sociological view of Islam’s role in society, including the struggle for equity, and against oppression and injustice. Unlike their Iranian counterparts, the Brotherhood rejects revolutionary means to gain power, relying instead on democratic elections.

Actively calling for democratic elections across the Middle East is now one of the main trademarks of the Brotherhood. The attempts of deposed President Mohammad Morsi to set up a regional working group consisting of Saudi Arabia, Turkey, Egypt and Iran in order to halt the violence in Syria demonstrate that the organization considers Iran an important regional player. With President Morsi ousted from power, the present Egyptian government has pursued a more pro-Saudi foreign policy, ending the earlier hopes of Iran to establish deeper diplomatic ties with the Brotherhood.

Iran, however, has continued to cultivate contacts with the organization in exile. In July 2017, Iran and the Muslim Brotherhood engaged in the most high-profile public meeting, as Ayatollah Mohsen Araki, an adviser to Supreme Leader Ali Khamenei, met with Ibrahim Munir on the sidelines of a meeting of the Islamic Unity Forum. Indeed, the Brotherhood is an ideal Sunni partner for Shi’a Iran with which to “unify the Islamic World.”

Obviously, in light of the geopolitical turmoil in the Middle East, especially the Sunni-Shia confrontation, the Shi’ite axis could be strengthened with the Brotherhood-Iran alliance. Such an alliance would gain more impetus with the support of Turkey, Qatar, and in particular Russia, which has heightened its regional influence in the Middle East in recent years.

The Brotherhood-Iran association is more of a political nature rather than a religious consolidation.  Both sides abhor the idea of Western influence amplified by its regional agents such as Israel and the Gulf monarchies. Despite sanctions and mass repression, the Muslim Brotherhood is still the most popular Islamic organization in the Middle East. Therefore, the politically driven alliance between these two actors could be a source of concern for regional stability and therefore a game-changer. If their commitment is strong, there is little chance that the Saudi-led bloc will be able to preserve the current fragile peace in the region and prevent another large-scale regional conflict.

UPDATE:  Mohamed Morsi, Egypt’s first democratically elected president, died while on trial in a courtroom in Cairo on Monday, June 17, 2019. The Egyptian Muslim Brotherhood has been driven underground by the al-Sisi’s regime since Mr. Morsi’s removal from office.  His death is not likely to have any impact on the organization’s direction.