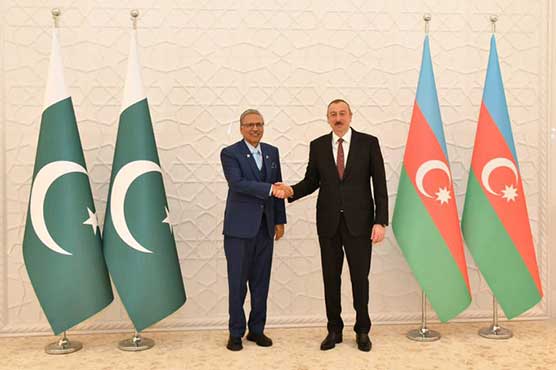 Azerbaijan and Pakistan have a unique political relationship that has surpassed territorial boundaries and geographical distances. Pakistan was among the first states to recognize Azerbaijan’s independence following the 1991 Soviet collapse. Today, Pakistan is the only country that has not established diplomatic relations with Baku’s main foe, Armenia. The bilateral strategic cooperation between these two countries embraces the economic, cultural, political, and especially defense fields. Taking into account their close ties, the current level of military cooperation between Azerbaijan and Pakistan needs to be emphasized. While Azerbaijan’s defense industry has strategic relations with various countries, Baku has been seeking ways of expanding military cooperation with Pakistan in particular over the last years.

Given the Pakistan’s status as a nuclear power, combined with its dynamic military muscle, military cooperation can be seen as another fundamental building block of the bilateral relationship. The two countries signed a defense agreement in May of 2003, which allows Azerbaijani military staff, in particular special force units, to take part in annual military drills along with Pakistani armed forces. As a part of the agreement, Azerbaijani naval personnel participated in the biggest Pakistani-led multinational exercise, AMAN-2013, held in March 2013 in the Arabian Sea. In addition to this, Pakistan and Azerbaijan are planning to hold bilateral military exercises, according to comments from Pakistani Prime Minister Nawaz Sharif during his official visit to Azerbaijan in October 2016.

Beyond joint exercises, military and defense cooperation between Azerbaijan-Pakistan takes the form of continuous dialogue in high-level meetings, as well as military agreements such as the military cooperation agreement that was signed in February 2014 in Islamabad. The same document was updated in 2015 and 2016, during the Working Group Meetings in Baku and Islamabad, respectively. Azerbaijan, which has been locked into a long-term bloody conflict with Armenia for more than a decade, considers the further development of its defense industry as a main priority.

Baku, which enjoys Pakistan’s full diplomatic support with regards to the conflict, is also looking to Pakistan as a source of military hardware. Azerbaijan is eyeing the JF-17 Thunder (also known as the FC-1 Xiaolong), a multi-functional aircraft that was jointly developed by Pakistan and China. Although Azerbaijan has expressed interest in importing the JF-17, no formal deal has been reached yet. Nevertheless, the Pakistani Ministry of Defense was invited to demonstrate the JF-17 at the 2016 Azerbaijan International Defense Exhibition (ADEX-2016) for the first time. During the exhibition, Minister of Defense Industry Yavar Jamalov repeatedly showed interest in importing new fighter jets. In the same year, Azerbaijan’s First Deputy Prime Minister Yaqub Eyyubov attended the International Defense Exhibition and Seminar (IDEAS), where he reiterated his government’s interest in buying new aircraft.

Currently, the Azerbaijan Air Forces operate mainly MiG-29, Su-25, and MiG-21 aircraft. Enjoying this article? Click here to subscribe for full access. Just $5 a month. The JF-17 aircraft had been produced as an affordable and modern replacement to French-made Mirage III and F-7 interceptors. Pakistan had long been trying to find countries to buy the JF-17 in order to reduce the per-unit cost the Pakistan Air Force pays. Thirteen countries have so far expressed interest in purchasing the JF-17 aircraft, including Azerbaijan, Zimbabwe, Bangladesh, Myanmar, Egypt, Iran, Lebanon, Malaysia, Morocco, Nigeria, Sri Lanka, Algeria and Sudan. As The Diplomat has noted previously, “the lightweight, single-engine, multi-role combat jet, jointly developed by Pakistan Aeronautical Complex and China’s Chengdu Aircraft Corporation, sells at an attractive price point, with a unit cost of just around $15-25 million.”

According to Pakistani media, in addition to the JF-17, officials in Baku may also seek to purchase MFI-395 Super Mushshak trainer jets. The main reason driving Pakistan-Azerbaijan politico-military cooperation is the fact that Baku is still dealing with an unresolved territorial conflict in the Nagorno-Karabakh region. Azerbaijan’s government does not try to hide the fact that it wants to muster all possible backing in order to resolve the Nagorno-Karabakh conflict. In the case of Pakistan’s own territorial dispute with India, Baku “fully supports the settlement of the Kashmir problem based on the relevant resolutions of the UN Security Council,” as President Ilham Aliyev said during a joint press conference with Sharif in Baku. Despite differences between their militaries and defense industries, Azerbaijan-Pakistan military cooperation makes a significant contribution in terms of regional security.

Both countries are concerned about border security and the growing threat of global terrorism. With Azerbaijan having apparently seriously rekindled its interest in purchasing JF-17 Thunder aircraft, it’s likely that in 2017 a significant deal will be reached. Beyond that, Azerbaijan is looking to start the joint production of small firearms, guided munitions, and anti-tank missiles. Even though the Azerbaijani defense industry was established in 2005, it has shown significant development over the past decade.

The country does manufacture the well-known Istiglal sniper rifle, which has been used by Pakistani special forces since 2012. There is no doubt that Pakistan will try to make additional inroads into the defense market of Azerbaijan, as it is economically and strategically important for Pakistan to find new means to export aircraft, missile systems, tanks, and other kind of military vehicles. In this, Azerbaijan will be a willing partner.

Fuad Shahbazov (@fuadshahbazov) is Expert Adviser at the Baku-based Center for Strategic Studies under the President of Azerbaijan Republic.