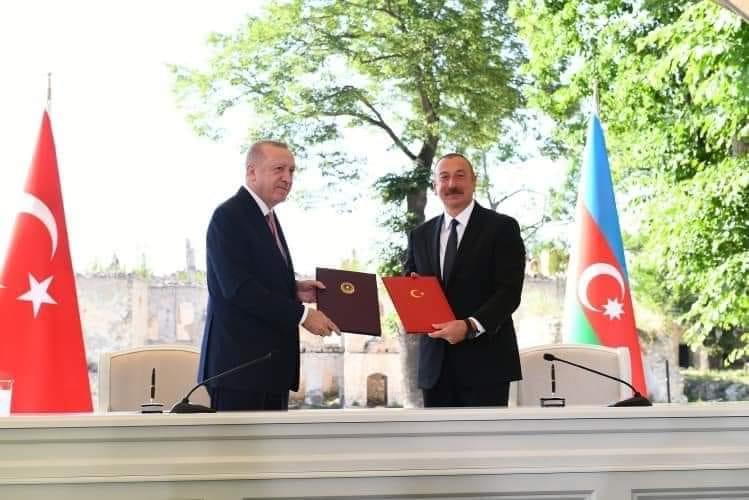 On 10 November, the Russia-brokered ceasefire agreement silenced the guns in Nagorno-Karabakh, putting an end to the bloody 44-day war. Although more than six months have now passed, many questions remain unanswered. Nevertheless, in ending the war, Russia took its long-awaited opportunity to exacerbate its influence in the region and ensure a physical presence in Karabakh, thus acquiring additional leverage over both Azerbaijan and Armenia.

The recent Karabakh war and following ceasefire agreement explicitly shifted the balance of power in the South Caucasus and enforced a new regional order. However, this new order emerged not only through the Moscow-brokered truce but also through Turkey’s full-throttle support for Azerbaijan during recent hostilities. Whilst Russia ensured its direct physical presence in the Karabakh region by deploying around 2000 military personnel, Ankara eyes deeper engagement with the region and opportunities to boost its own influence. In this regard, the best way for Turkey to promote its activities in the region is to push for various economic projects in the war-torn Karabakh region.

For this reason, on 31 May Turkey’s Minister of Transport and Infrastructure, Adil Karaismailoglu, paid an official visit to Azerbaijani-controlled Karabakh to get acquainted with the reconstruction process. The significant number of Turkish companies directly involved in the mass reconstruction process in Karabakh, particularly in Shusha, is a clear indicator that Ankara outplayed Russia in asserting its soft power. As such, President Ilham Aliyev signed a decree that entails transferring the rights to the Gashgachay ore field – with its extensive gold deposits – to the Eti Bakir A.S company, and the Aghduzdagh and Elbeydash fields to the Artvin Maden company for the next 30 years. As it was stated by minister Karaismailoglu, “Turkey is ready to assist Azerbaijan in all infrastructure projects and provide the necessary technology.”

When Azerbaijan launched a mass reconstruction process in the Karabakh region, the country simplified procedures for planned investment in its recently liberated territories, adding that Turkish companies are to be prioritised in tenders in a bid to improve the quality of construction projects. Moreover, Turkish companies are set to participate in the construction of the much-awaited Nakhchivan corridor – linking the exclave with mainland Azerbaijan – mentioned in article 9 of the 10 November 2020 ceasefire agreement and supposed to be overseen by the Russian border service. The transit link is not only a high priority for Azerbaijan but for Turkey and Russia as well, with the aim to increase mutual trade volume. With the emergence of more favourable conditions for deeper economic co-operation, Ankara and Baku have set a target of reaching a trade volume of $15 billion by 2023. A Preferential Trade Agreement (PTA) between Turkey and Azerbaijan was signed on 25 February 2020 in Baku, following the 8th meeting of the Azerbaijan-Turkey Co-operation Council. It is most likely that the new PTA will be converted into a Free Trade Agreement (FTA) soon after the Nakhchivan corridor becomes functional.

Turkey’s growing influence in the region is not limited to economic cooperation and infrastructure projects but also military cooperation with Azerbaijan. The Azerbaijani Armed Forces regularly participate in joint military drills with the Turkish Armed Forces, intending to increase their capability. The co-operation was even boosted after the 44-day war and a high-level meeting of the Azerbaijan-Turkey military dialogue was held in Baku on 3 June. From the point of view of Azerbaijan, such a partnership aims to strengthen the region’s stability. Turkey’s growing economic and military influence in the South Caucasus, Eastern Europe, and the Black Sea region is a source of concern for Moscow, which has no direct mechanisms of countering it. Given Ankara’s recent military-technical expansion within NATO, and in other regional states in the Gulf, Ukraine, Central Asia, and the South Caucasus, it is right to conclude that Turkey is getting more political dividends from the current geopolitical situation than Russia.

As a NATO-member, Turkey’s close engagement with the South Caucasus could enhance the West’s ability to increase its economic influence in the region and limit the influence of Moscow. Indeed, this would be possible if the West fully appreciates the new geopolitical landscape in the South Caucasus and comes to the right conclusions.