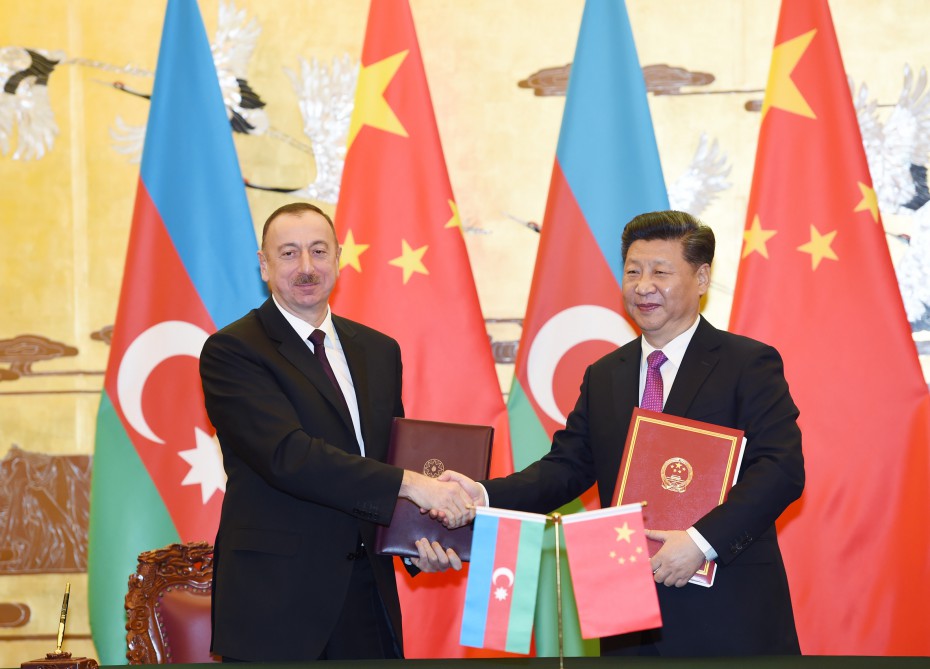 This past January, Azerbaijani President Ilham Aliyev attended a session on “The Silk Road Effect” at the 2017 World Economic Forum in Davos, alongside Georgian Prime Minister Giorgi Kvirikashvili (President.az, January 19). Presumably, the intention of both leaders was to promote the importance of the new China-led “Silk Road Economic Belt” project and its role in the future development of the economy and infrastructure in the South Caucasus. As a source of and as a transit corridor for strategic global resources such as oil and natural gas, as well as the intersection of important transportation routes between the East and West as well as the North and South, the South Caucasus holds great geostrategic importance. While a relatively low priority for China during the early 2000s, more recently the South Caucasus has become an area of great interest as an extension of the highly ambitious Chinese Silk Road project, which aims to connect Europe and East Asia via new roads and railways across the Eurasian landmass. But China’s real connection with the region will likely come when the Baku–Tbilisi–Kars (BTK) railway is finally completed. The railroad and its connection to Chinese Silk Road transit corridors further east will facilitate China’s ability to ship goods westward across the South Caucasus isthmus and, more generally, boost trade opportunities in the region. The agreement for the railway connection was signed in 2005, during President Aliyev’s first visit to Beijing. END_OF_DOCUMENT_TOKEN_TO_BE_REPLACED