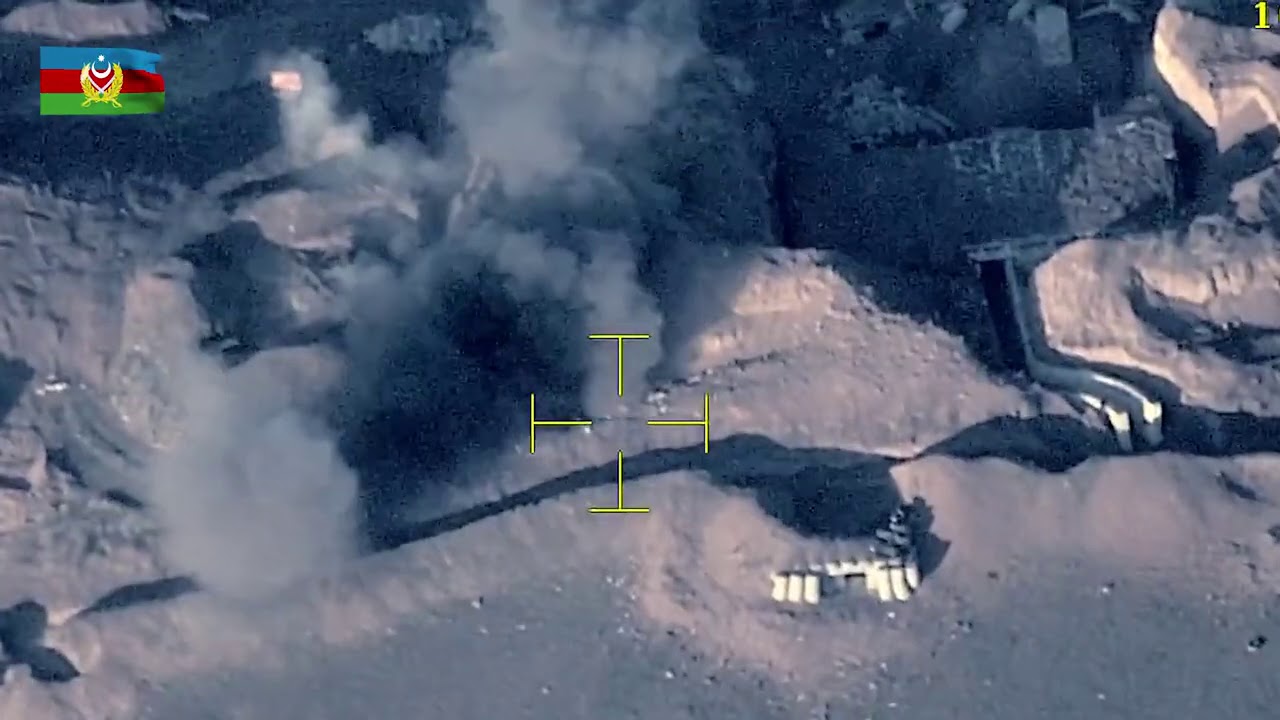 But this time, hi-tech 21st-century weaponry has the capacity to make this decades-old conflict more destructive than ever before. If official battlefield statistics are to be believed, the death toll is staggering. Azerbaijan has yet to confirm the number of its war dead. But Armenia claimed to have killed or wounded 5,000 Azeri personnel at the time of writing. Armenia has regularly updated its military body count, which so far stands at almost 500. Azerbaijan has estimated the real number is many times higher. Claims about territorial gains and losses inflicted on each side have proven difficult to verify. Not only have media teams limited access to the front-line fighting, but an aerial bombardment of civilian areas has also made their work extremely hazardous.

The Bayraktar TB2 can operate at an altitude of 8,000 metres (about 26,250 feet) which makes it difficult to detect and can fly for up to 27 hours, with a payload of four missiles. “We have seen Bayraktar drones actively used in Syria and Libya by the Turkish air force against [Syrian President Bashar] al-Assad and General [Khalifa] Haftar’s Army [in Libya],” said Fuad Shahbaz a defence analyst at the Centre for Strategic Communications in Baku. “Now, they have appeared in Azerbaijan very recently and are being actively used in Nagorno-Karabakh against the separatist regime.”

But Shahbaz said Armenian forces ultimately have to contend with Azerbaijan’s numerical supremacy. “The separatist regime is well informed about a country with a population of 10 million people, 70,000 active military personnel and a 300,000 strong reserve army. So, they cannot resist for long.” If Armenian forces in Nagorno Karabakh are numerically and technologically outgunned, they do have one important advantage: geography. An Azeri ground invasion would have to overcome well-fortified defensive positions occupying high ground in mountainous territory.

Fuad Shahbaz said: “No one considers that this war can be prolonged for several months. Regional actors like Russia and Turkey and to some extent Iran are not interested in further destabilizing the region. Probably Azerbaijan seeks to ‘liberate’ as much as it can from the separatist regime to restart peace negotiations.” For now, however, the words of Azerbaijan’s president offer the clearest indication of the country’s intentions.

The original story was published by Aljazeera